"We’ll fly together and make the sky our home. Soon, we’ll create a ring. It will rotate around Earth, driven by gravity … People from our planet will move there, leaving Earth to trees, crops and deer.”
Angels of Revolution.

One of the most radial projects that came out of the studio of Nikolai Ladovskii at the VKhUTEIN in 1930 was Viktor P. Kalmykov’s proposal for a ring-city, ‘Saturny'.

Tantalisingly, there are few details of the project, only one drawing and some notes. Kalmykov’s Saturn was a narrow ring that would encircle the earth at the equator, and at a height only a few kilometres above the surface.

Kalmykov reasoned that a rigid ring would be subjected to equal gravitational forces along its circumference which would keep the city hovering above the earth, a permanent arc in the sky, spinning at the same rate as the ground below.

While not supported from the Earth, a series of towers and pylons would connect the structure back to terra firma for transport and services. Further transport connections back to the ground and other parts of the ring would be provided by a continuous runway for planes and other flying vehicles.

Juttng out from the ring are a number of appendages, either viewing platforms or possibly landing pads, and tantalisingly, a circular form suspended from the underside of the ring. It's fun to speculate on the activities that the denizens of Saturny might have gotten up to - whether Saturny was a place of work or play, of residence or industry. It certainly doesn’t appear to be an escape or retreat from the ground below - much like Kruitikov’s Flying City proposal there is still very much a relationship between what goes on in the air and on the ground. Floating cities were not meant as ivory towers.

Apparently a second ring city was proposed which would circle the earth longitudinally, ie across the poles. Whether this would be at the same circumference as the first ring, or hover above it is unknown. This would have created a zone of intensity at the two points where the two rings intersected. Again we would have to speculate whether this polar-ring rotated along the polar axis to match the rotational velocity of the equatorial ring and earth, or whether it had spin of its own.

Heather DeHaan, in her book Stalinist City Planning: Professionals, Performance and Power describes another project by Kalmykov at VKhuTEIN, as part of a series of student projects for the city of Nizhnii Novgorod.

Here Kalmykov proposed a parabola-shaped town that wrapped the zoning strips of the OSA’s linear city around the town’s cultural centre. Kalmykov proposed that a variety of housing structures, from bungalows to skyscrapers be placed in a 'stepped' manner, with the tallest buildings at the centre and the bungalows on the outskirts. Like the OSA proposal, his design separated children from adults.

Kalymykov’s proposal was sited in the Avtozavod region of Nizhnii Novgorod (where an automobile factory was built by Ford - but that’s another story).

It’s difficult to know if the Saturny project precedes the Avtozavod proposal, or if any of Kalmykov's ideas for Avtozavod made it into the ring-city plan. Certainly at ground-level of the Saturny drawing are an intriguing array of buildings, from pepper-grinder skyscrapers, domes and pyramidical structures, and stepped ziggurats. Bjarke Ingels could probably have based his whole career on this one image. 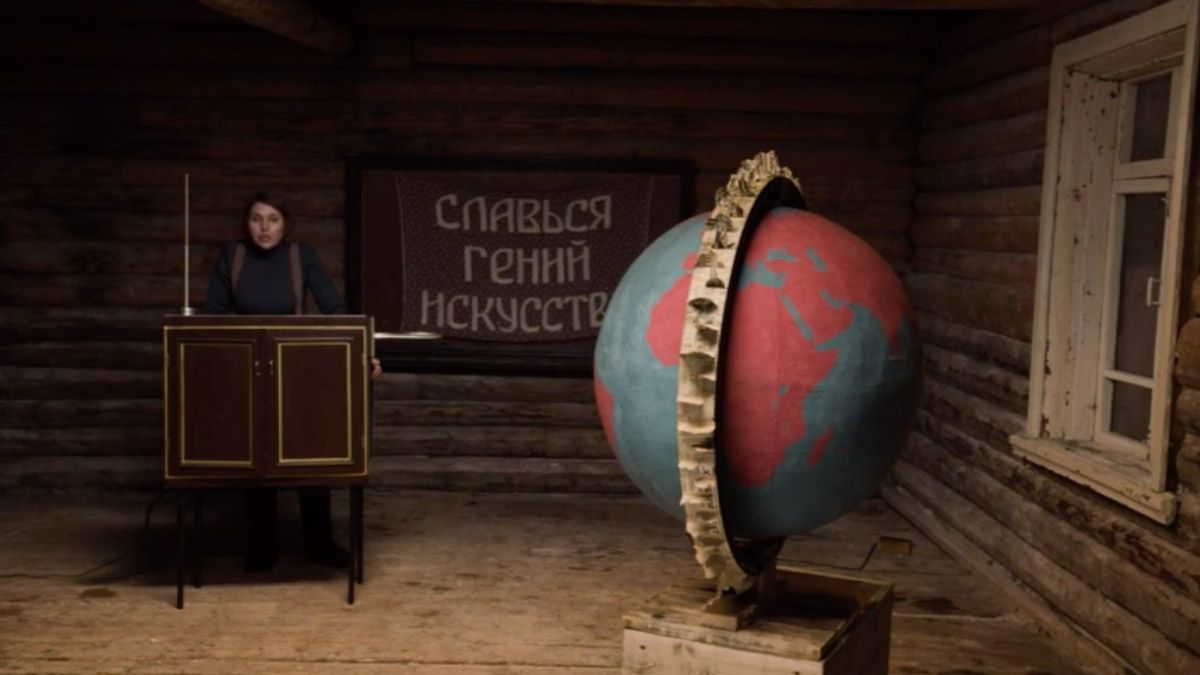 A model of Kalmykov’s ring-city shows up in the 2014 film Angels of Revolution by Aleksei Fedorchenko, alongside other avant-garde Soviet artworks, as part of a satirical look at the utopian folly at the heart of the Soviet dream. As the notes to the 2016 Russian Film Symposium at the University of Pittsburgh describe it:

"The film explores a paradox at the heart of the revolutionary spatial logic prevalent during the early years of the Soviet Union, articulated by avant-garde architect Moisei Ginzburg as a drive to make “every center a periphery and every periphery a center.” The utopian dream of creating a radically non- hierarchical space relies on an understanding of space as fundamentally hierarchical; Kazym can only be transformed into a center if it—and by extension its Khanty and Nenets residents—are peripheral and, therefore, available to be exoticized, modernized, and civilized." 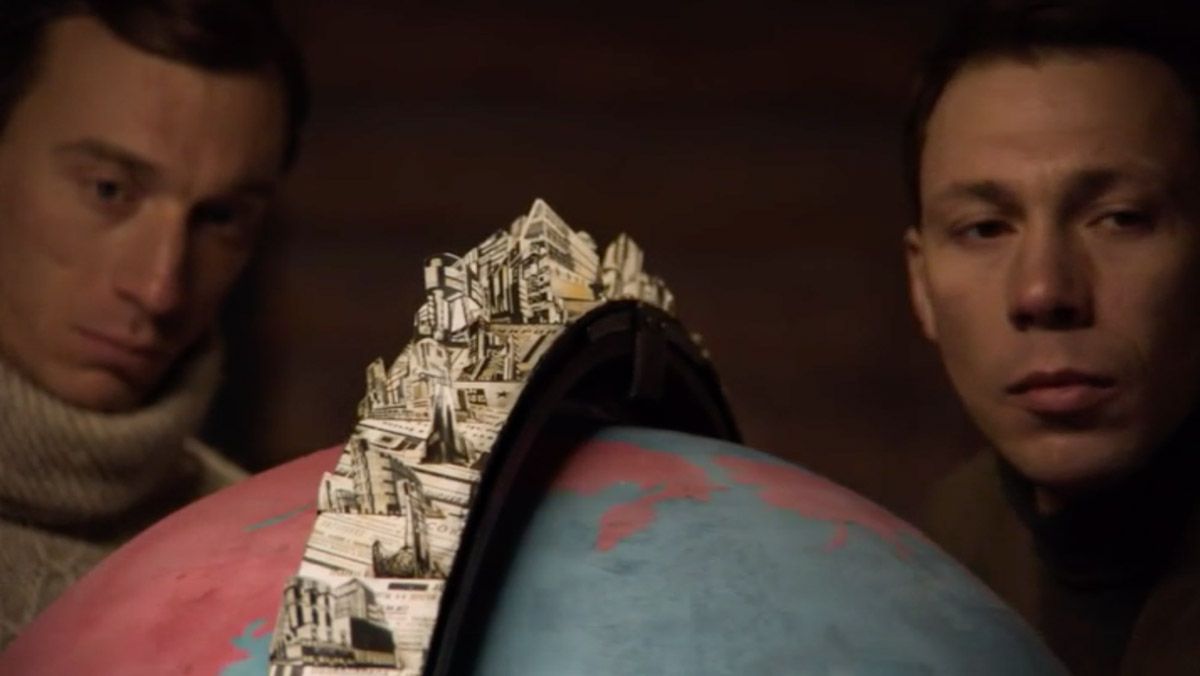