Photographer Elsa Bleda has recently completed her project Fragments (Nightscapes - Johannesburg) - a series of images exploring the South African city by night. It’s a project she began in 2014 and as she puts it herself, it is:

"the result of many years, cold nights, constant explorations, revisits, conversations with a complicated and mysterious city that has many layers.”

It’s a powerful and moving body of work. 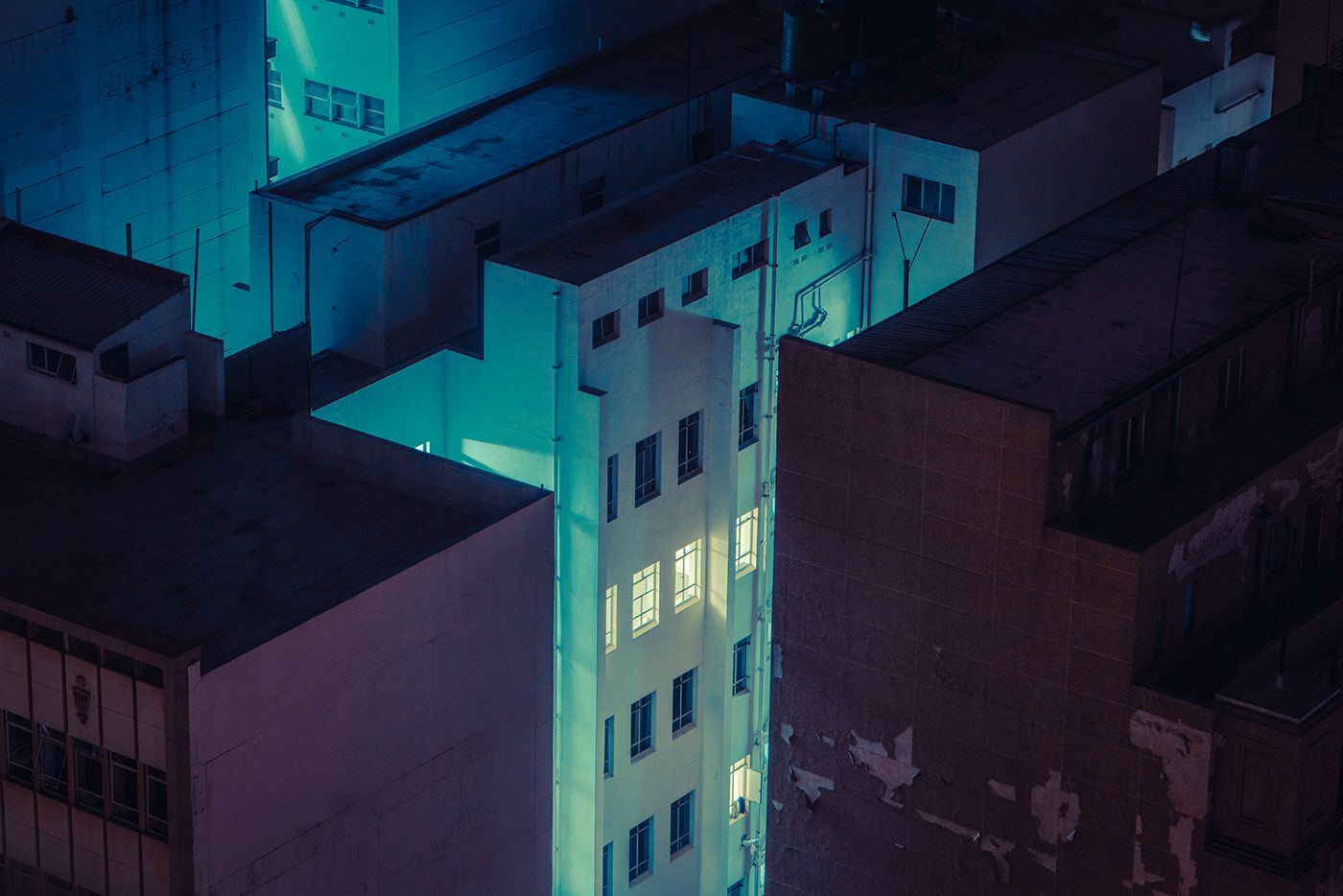 The layers of the city depicted in these nocturnes are entwined, meshed, folded and collapsed to represent a city in repose. For the most part people remain out of shot, behind curtains and down alleys, but this is no ghost city, life is indicated by the presence of washing lines, satellite dishes, lit rooms. Life lies in the gaps and holes between structures. Manipulation add a neon glow to give an artificial, ethereal quality to windows and walls, painted with light. The city is illuminated, but for who? 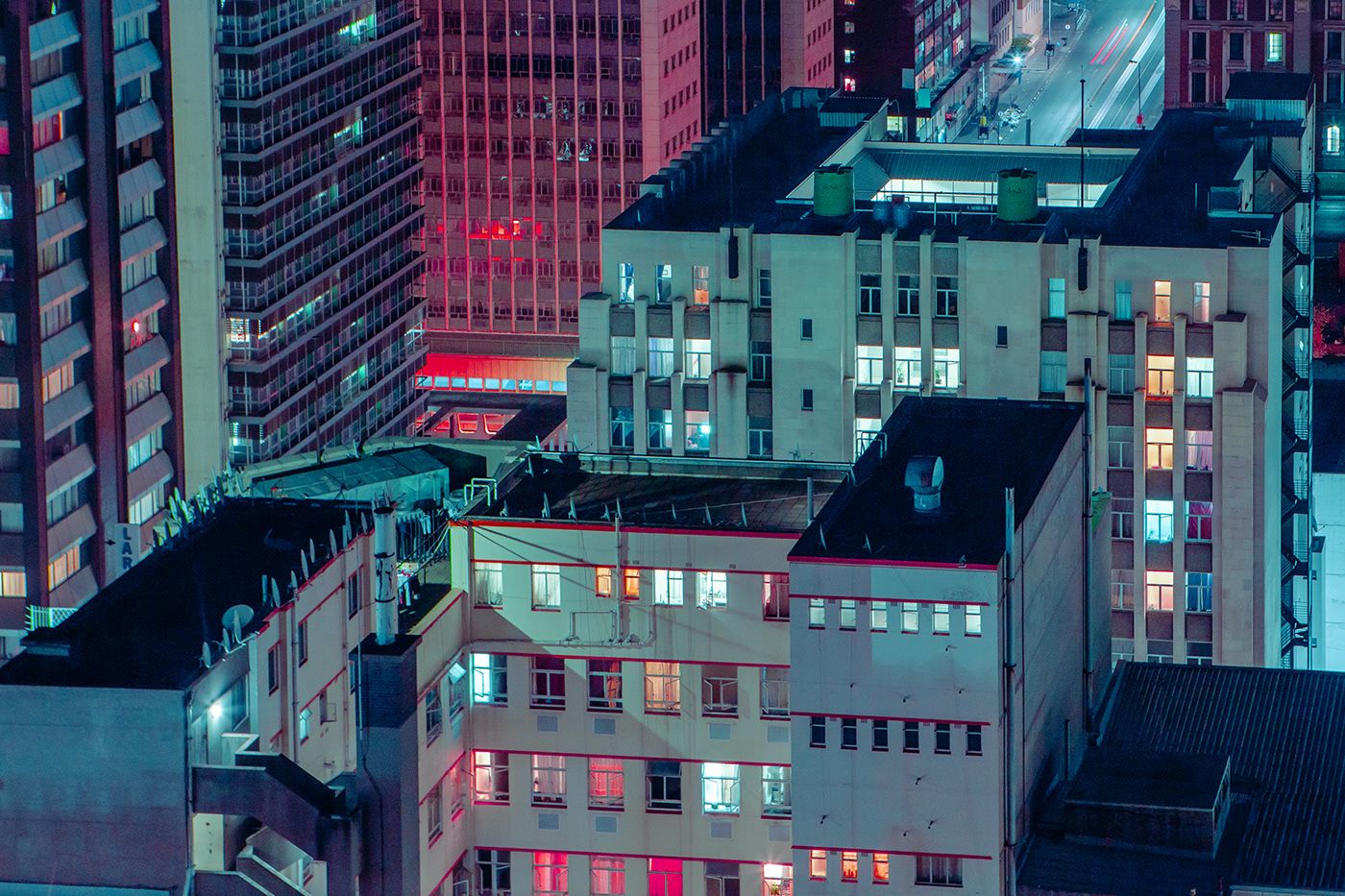 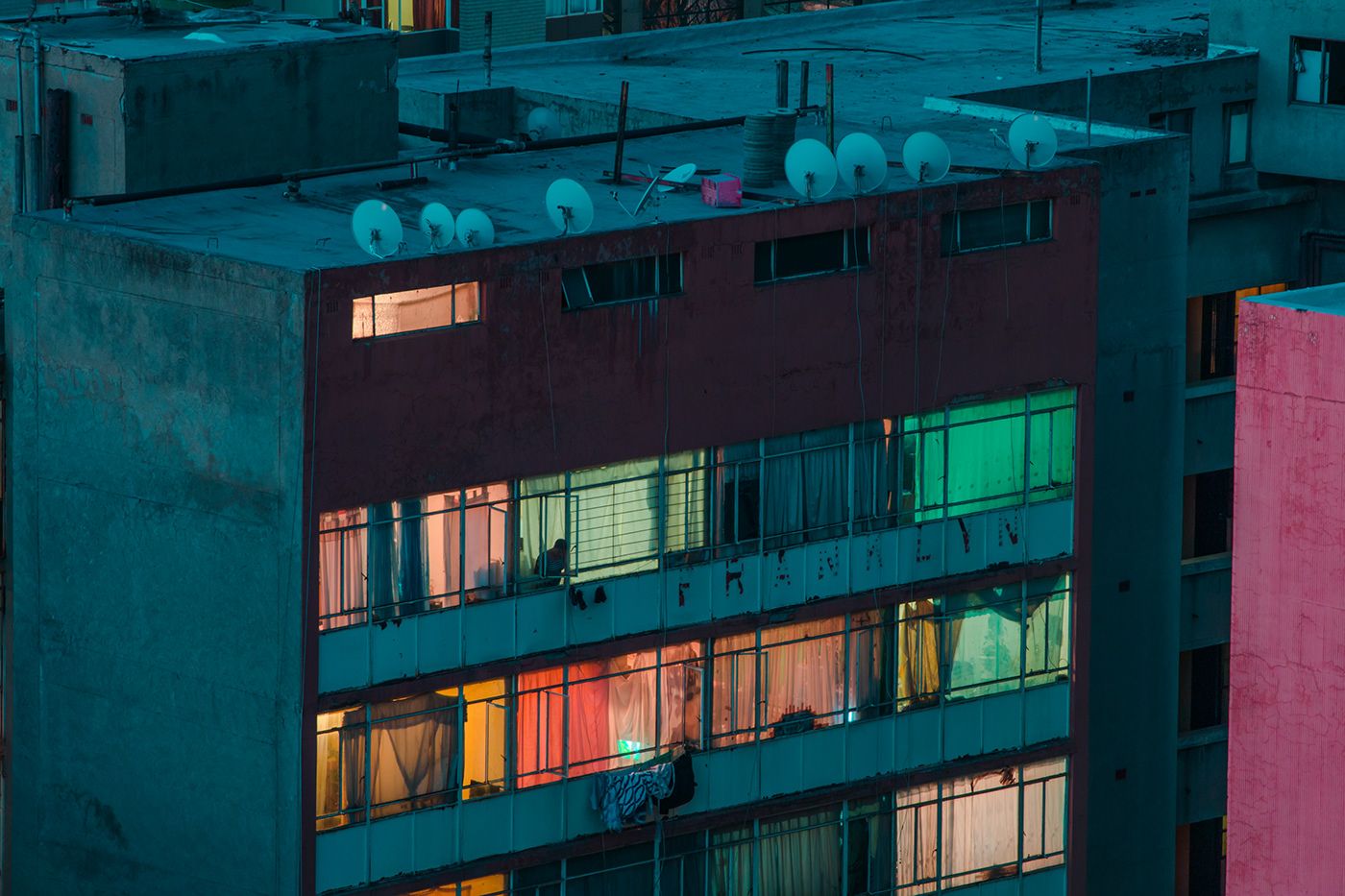 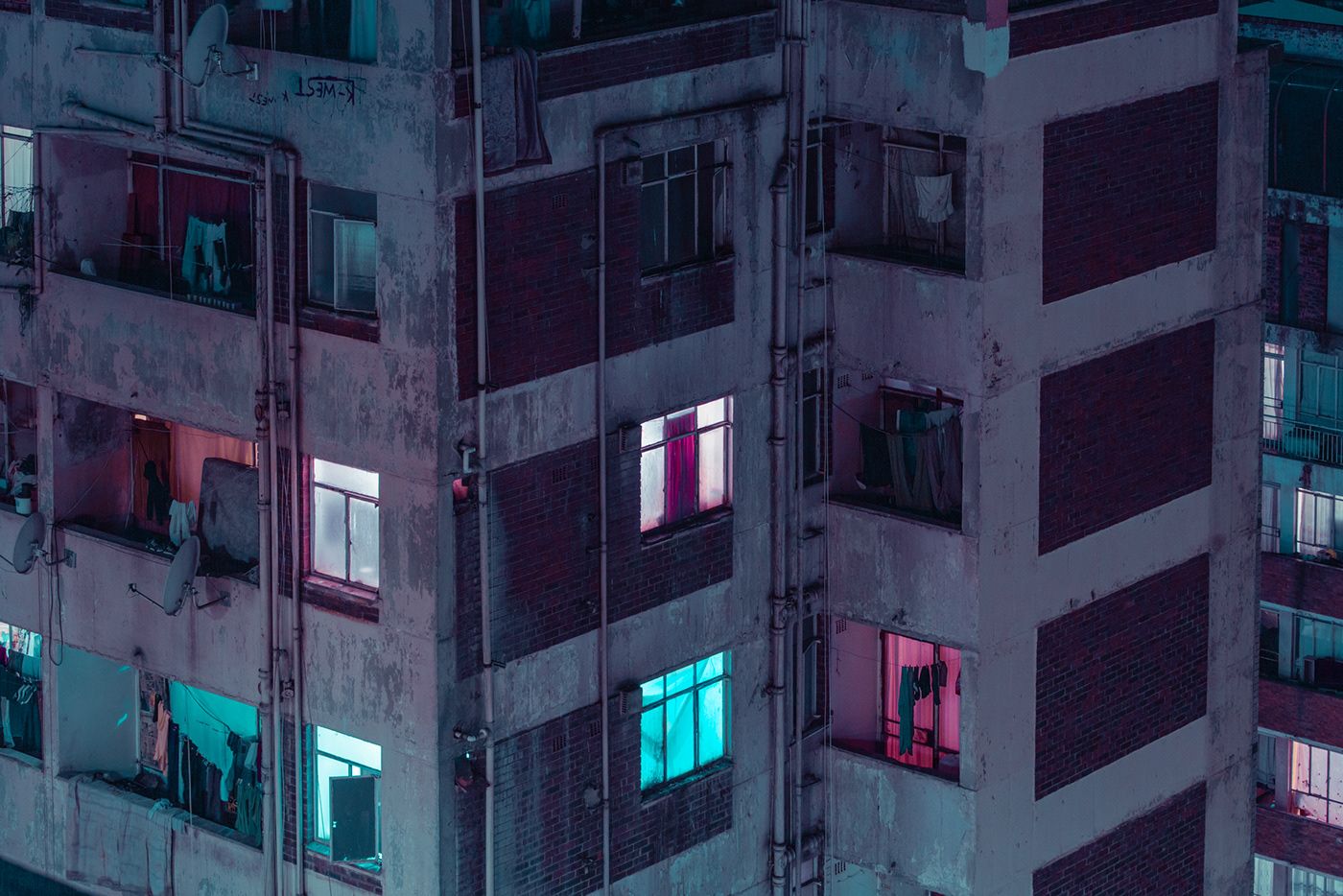 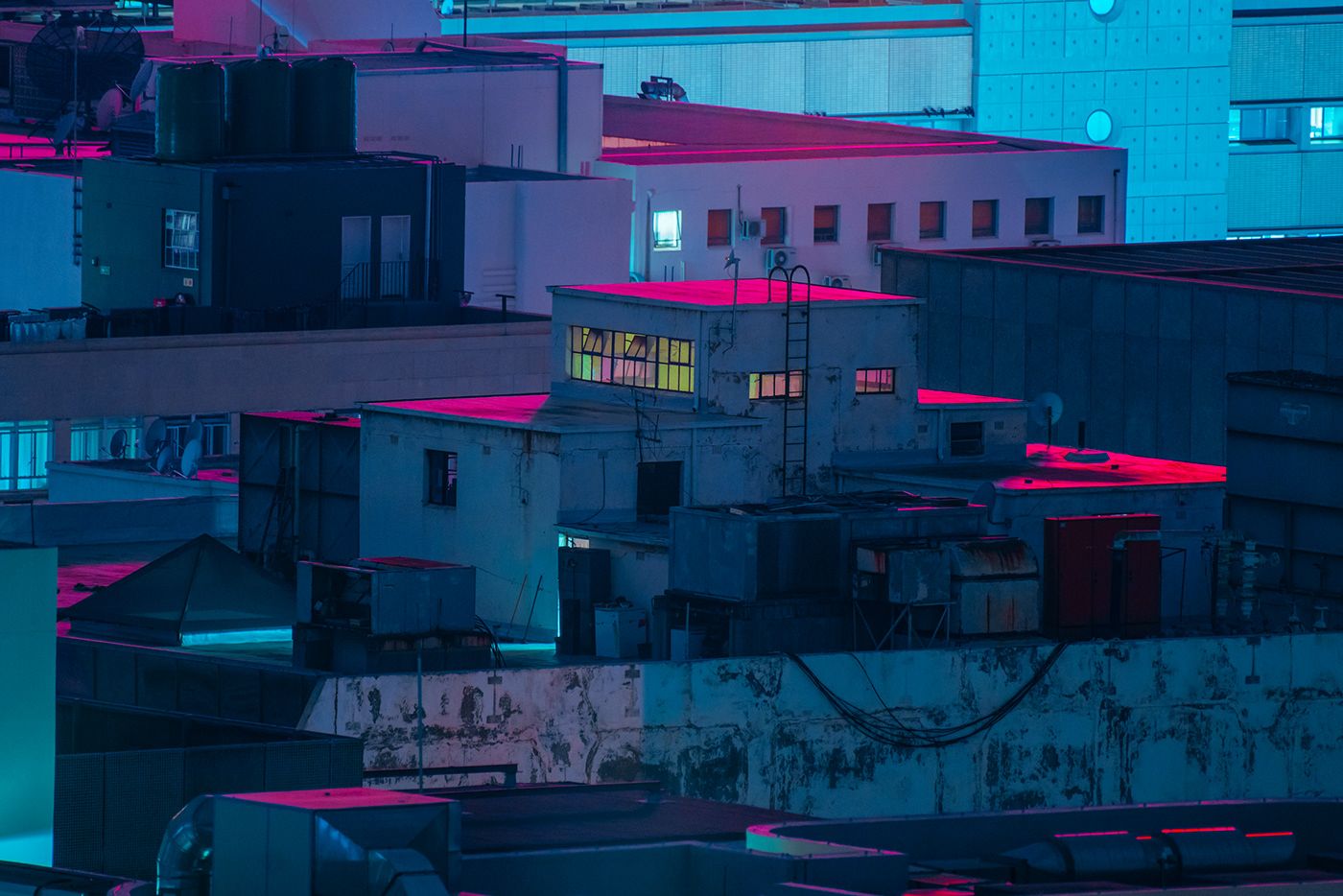 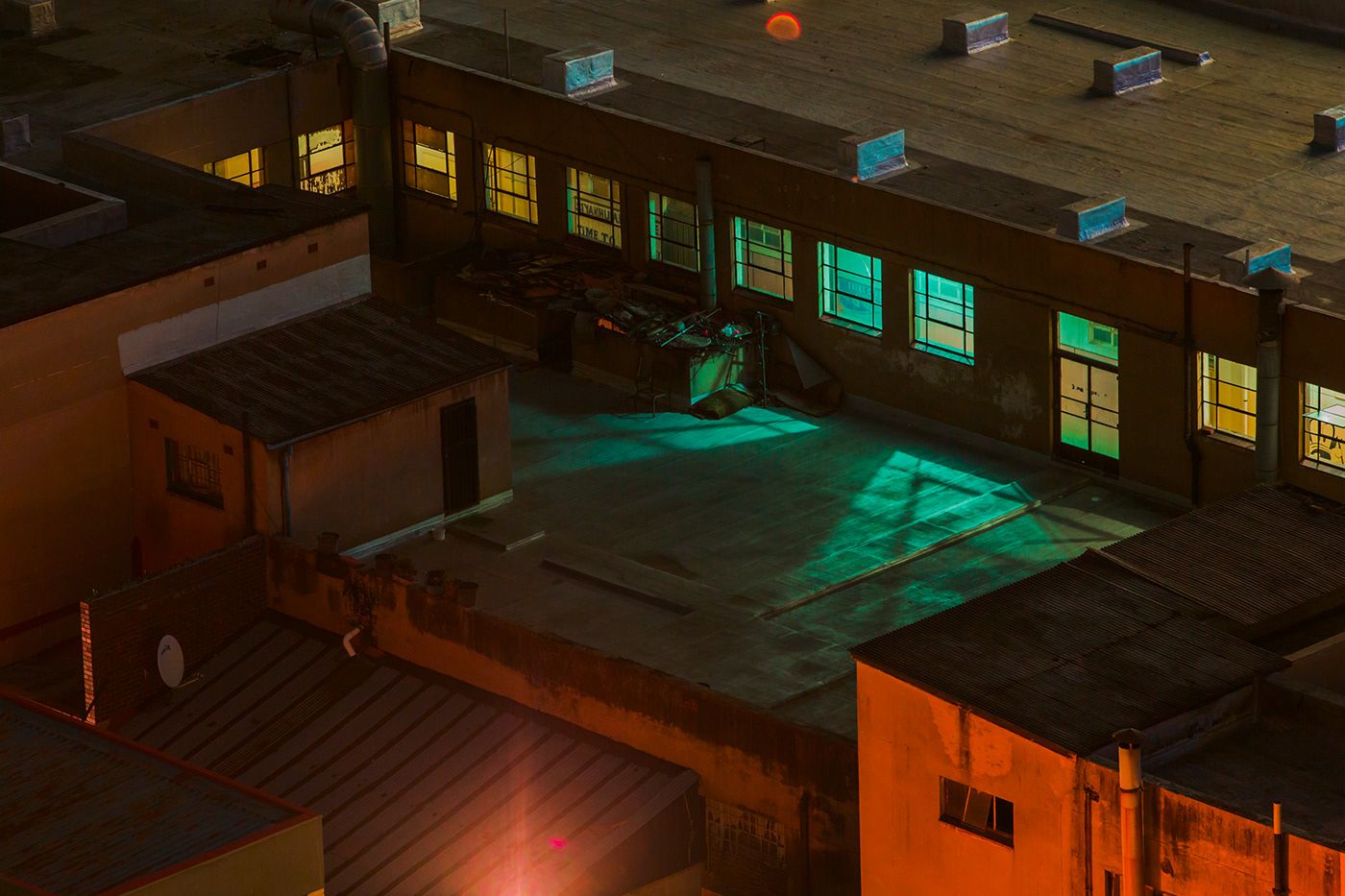 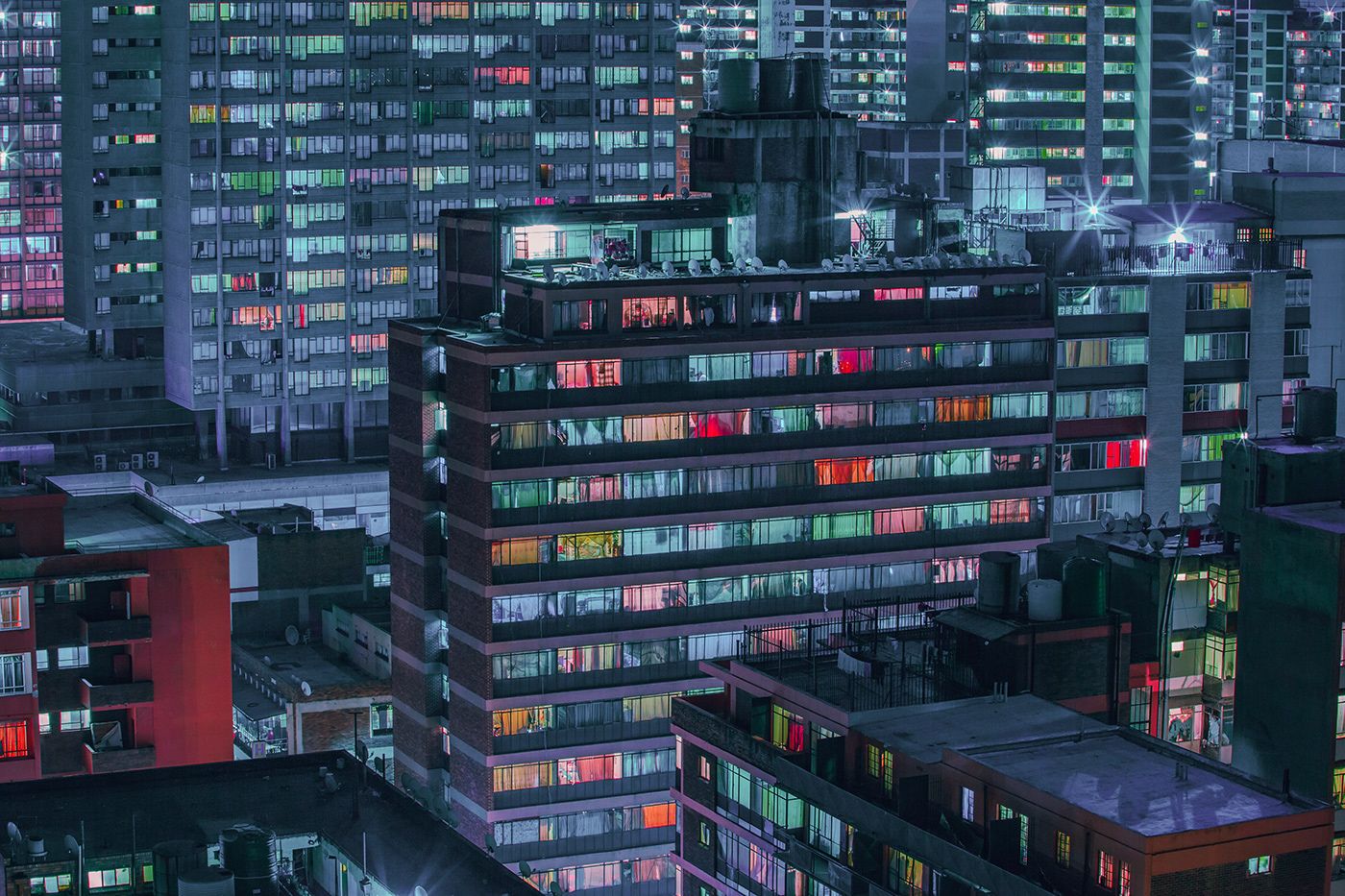