Arguably, the most radical realisation of a floating city is Georgii Krutikov’s City of the Future project from 1928. In the first of two post about Krutikov, we well examine the City of the Future project (often referred to as the Flying City) in more depth. Part 2 will look at Krutikov’s proposal for a flying car and see where that is leading us.

Krutikov was a student of the Soviet Rationalist Nikolai Ladovskii at VKhUTEIN (the Higher Art and Technical Institute, previously known as VKhUTEMAS, the influential school of architecture in Moscow), and presented the proposal as his final diploma project. That a student project from 1928 is so highly regarded as a pioneering piece of avant garde architectural speculation is a testament to the radical nature of the scheme presented, and also the efforts of reknown Constructivist architectural historian Selim Khan-Magomedov. 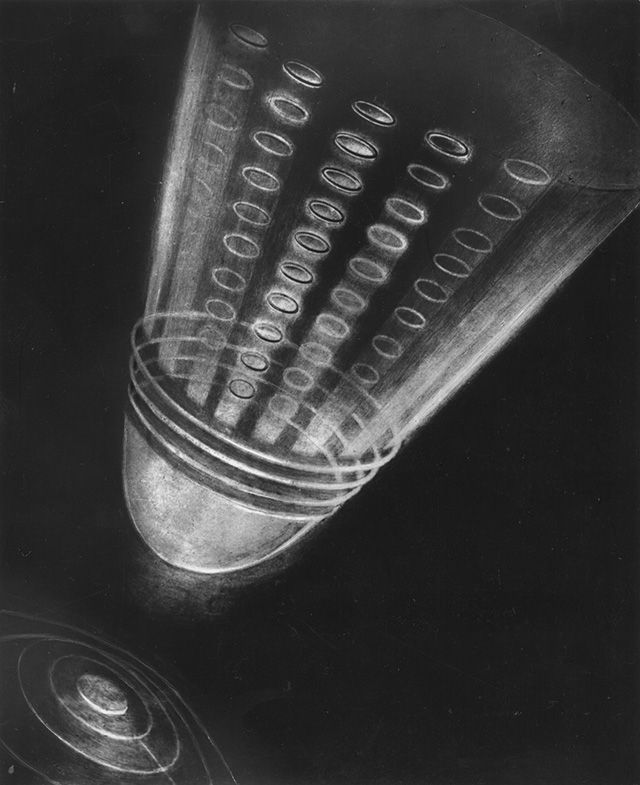 Two perspective images define the project. The first, in white on a dark background, shows a shimmering, upside down paraboloid (containing the residential zone), hovering above a whirlpool industrial zone on the surface. The residential zone consists of series of rings radiating upwards. The image is illusive, evocative, dynamic, with rays of light shooting upwards. 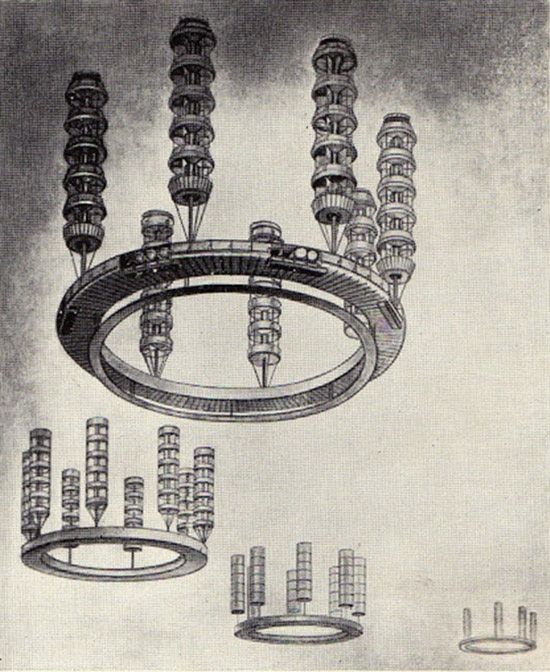 The second image is a stark contrast to the first. Rendered in dark ink on a white background, it is much more traditional architectural illustration of the residential block. Here eight 5-storey residential towers are arrange around a ring block of a communal housing block. 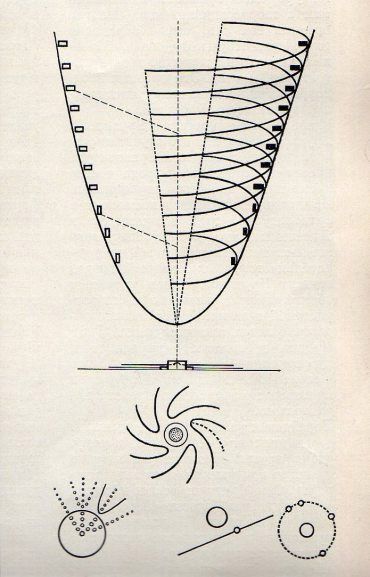 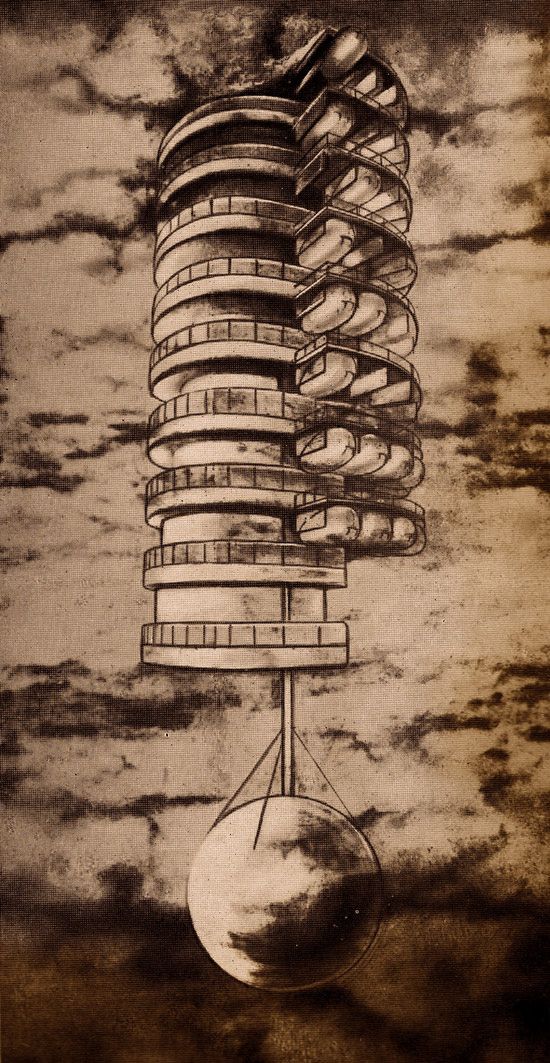 Moving between floating elements, and connecting ground to earth, are flying cabins. Krutikov conceives of these almost as detachable rooms, mobile homes. 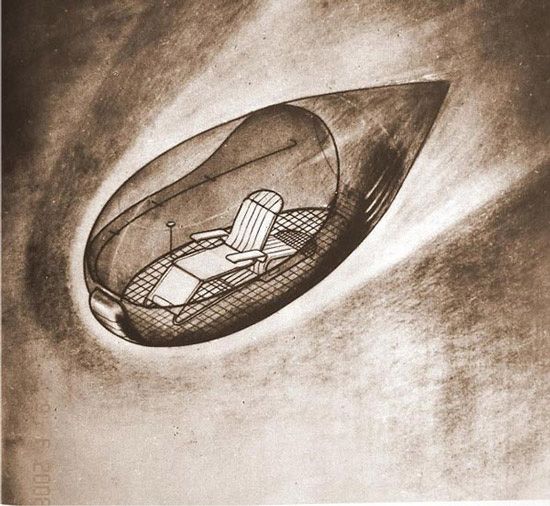 How is the city powered? How does it stay aloft? It is not clear, other than some vague assertions of 'intra-atomic energy' While there is little detail about how the Flying City actually functions, it does not reduce the proposal to pure fantasy. In presentations of precedents and research for the project, Kruitikov went to great lengths to show not only forms of mobile architecture, but also of mans' endeavours to extend horizons, and in the 'Conquest of New Spaces' precedent study, Kruitikov also showed examples of technologies (such as the railway) that were thought fanciful or ridiculous, before achieving mainstream acceptance.

In her excellent essay,
“Two Utopias of Georgia Kruitokov’s ’The City of the Future’”, Alla Vronskaya explores the project within the utopian pedagogical approach at the VKhUTEIN under Ladovskii:

“Rather than being dissociated from reality, 'The City of the Future’, explored reality at a deeper level. What the Architecture Department claimed was the Kruitikov’s ‘Flying City’ was not a science fiction, but a utopia, a word too painful for post-Revolutionary Soviet culture to be pronounced openly.

Vronskaya continues to examine how Krutikov project fitted within two utopian ideals in operation at the time of its conception: "the Romantic, post-revolutionary utopia as a hope and the proto-totalitarian utopia as a rigid social organisation, associated with the economic politics of the First Five-Year Plan."

Krutikov’s proposal oscillates between these utopian paradigms, the two defining images discussed above could be seen as occupying the two positions. The first image, of the spinning ‘gleaming thimble’ contrasts with the more prosaic architectural representation of built form and social organisation in the second, even if we are no closer to understanding how it resists gravity.

The power of Krutikov’s vision, of spinning vortices of light, remains a compelling one:

"Even eighty years later this project lends itself primarily to aesthetic appreciation, its sheer magnitude arousing feelings of awe and incredulity. The pleasure that Krutikov’s project offers is the pleasure in the sublime, a disinterested pleasure in perceiving something immense that transcends a moment and a place"